At Canalside, A Little Snow, Strong Winds, but ‘Nothing We Can’t Handle 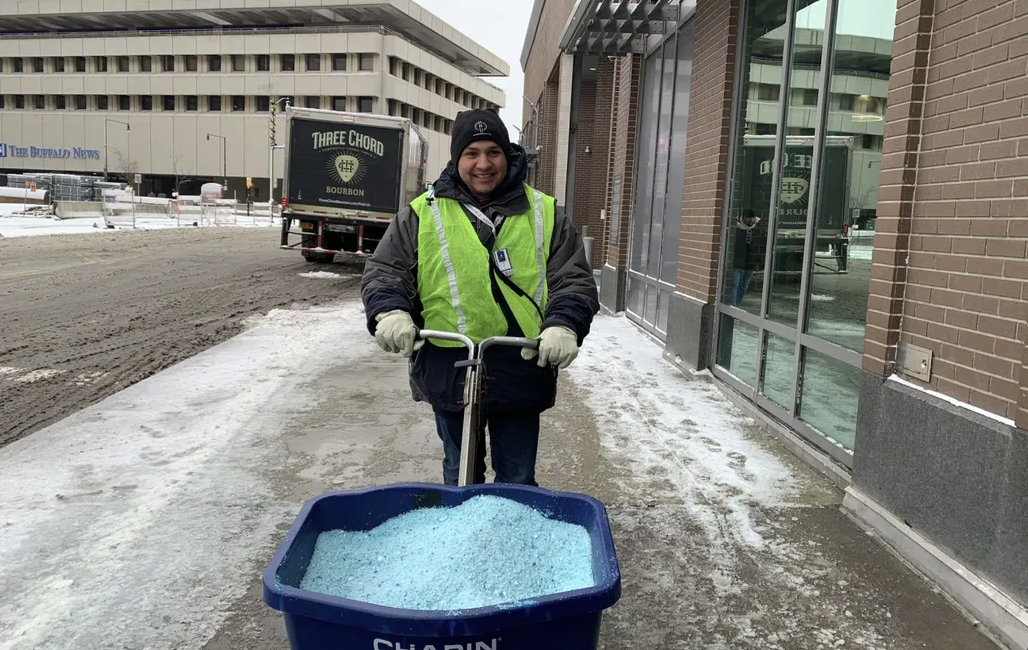 Originally Published in The Buffalo News
February 27, 2020
By Maki Becker

“I don’t think I’m dressed enough for this,” said Johnson, who was wearing a thick parka, scarf and gloves. 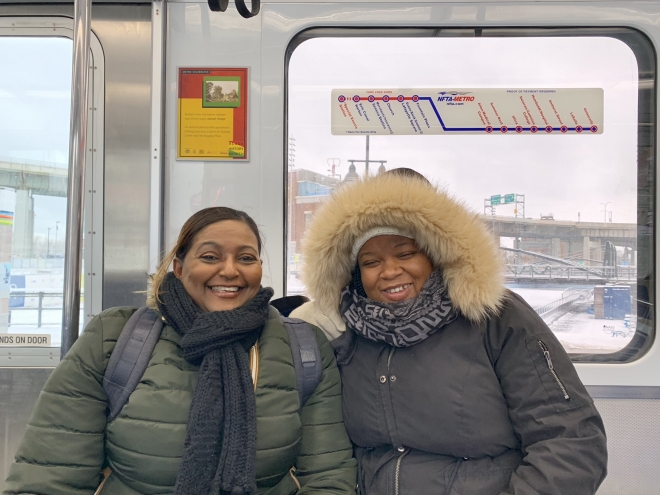 The two visitors from New York City were among the hardy few who were venturing outside as a winter storm hit Buffalo.

There was only an inch of snow on the ground, but the winds, always strong on the waterfront, blasted locals and tourists.

Calvin Gujral, an HSBC employee in town from London, braced himself against the wind by holding on to the brick wall on the outside of the Harborcenter Tim Hortons that was, alas, closed because of the weather.

What did he think of Buffalo’s weather?

For Tim Greening, the weather was much ado about nothing.

Greening, who was in town for the Lumineers concert Wednesday night at KeyBank Center, is from Watertown where they’re expecting blizzardlike conditions and 1 to 2 feet of snow Thursday.

“This is an inch of snow,” he scoffed. “I was surprised to find all the shops here closed,” he said of downtown.

The winter storm certainly wasn’t going to break any records.

But it was enough to keep Tyler Berns, a Harborcenter worker, busy. He pushed a salt spreader along the sidewalk in front of the Buffalo Marriott Harborcenter.

“It’s cold. Really cold. But nothing we can’t handle,” he said.