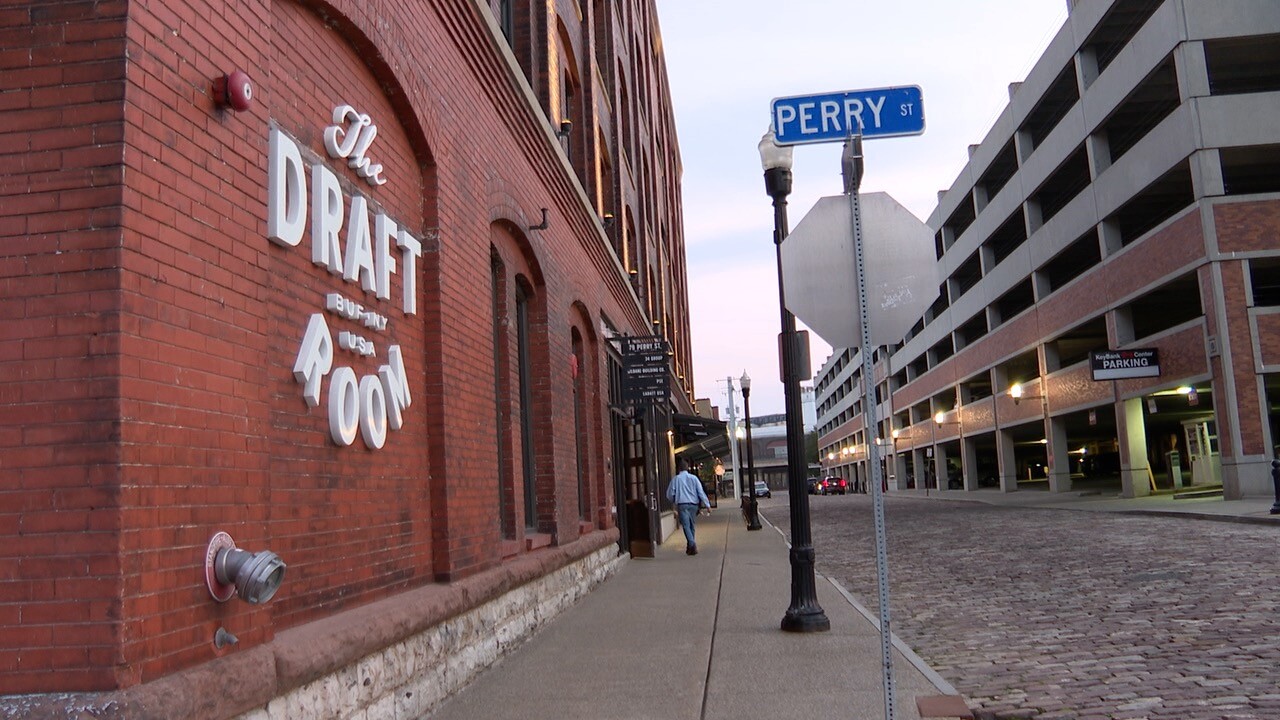 Next week, city leaders are scheduled to discuss the proposal of the city overtaking properties in the Cobblestone District to preserve the history and upgrade the buildings.

This would affect buildings in the vicinity of Draft Room on Perry Street. Bartender and server Halie Thomas says she is from Buffalo and the city could use some touch ups.

“The infrastructure for downtown Buffalo, I feel like, is a little out-dated,” Thomas said.

The Buffalo Common Council is taking steps to obtain buildings within the Cobblestone District through Eminent Domain. The council resolution says they want to preserve the rich history but also make improvements.

“I feel like we should definitely clean up the city a little bit make everything look a little presentable,” Thomas said.

Bartender at Draft Room Sarah Blumberg says she is not against the idea but enjoys the historic look of the neighborhood.

“I like that the architecture is similar to the original design but I think up keeping buildings are important,” Blumberg said.

Thomas says it’s not just the look of the buildings it’s a feeling.

“I feel like we should preserve that old feeling,” she said.

She says if the proposal is passed, she feels it will be good for the future of Buffalo and really put the city on the map.

The proposal is officially set to be discussed on Tuesday.