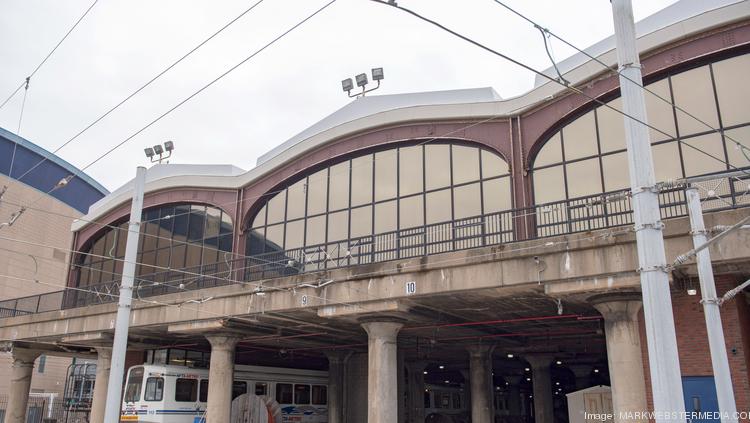 Concert venue proposed for DL&W terminal, with benefits rippling out

A new downtown music and entertainment venue inside the DL&W Terminal is expected to have a spinoff impact on neighboring bars, restaurants and other Canalside or downtown destinations.

“A new attraction like that is good for everyone,” said Steve Ranalli, Erie Canal Harbor Development Corp. president.

Sam Savarino, Savarino Cos. president, wants to turn a portion of the DL&W’s second floor — including a 40,000-square-foot outdoor deck overlooking the Buffalo River — into a live music/entertainment venue. The concert hall is part of Savarino’s development plans for the 100,000-square-foot second story of the DL&W Terminal.

The NFTA designated Savarino developer for the DL&W’s second floor of the terminal. The NFTA owns the terminal and continues to use the first floor of a Metro Rail repair center, with a new passenger station planned to open by 2025.

Savarino wants to renovate part of the second floor – last used in 1962 – as a public market with food and vendor stalls and artist’s studios.

The revamped DL&W Terminal should be completed by early 2025, Savarino said.

“You have to believe there will be some ripple effects,” said Bob Syracuse, co-owner of the Pizza Plant, about three blocks from the DL&W Terminal. “I think everyone will benefit.”

Ron Raccuia, Pegula Sports and Entertainment executive vice president, said there could be synergy between Savarino’s proposal and the KeyBank Center, which is across South Park Avenue from the DL&W Terminal.

“It could work out well for both of us,” Raccuia said. “Bringing more people into lower Main Street works well for us and all the businesses there.”

The DL&W Terminal venue would be accessible by the NFTA Metro Rail, which will pull into the building’s first story, and will be connected to KeyBank Center via an elevated, covered walkway above South Park Avenue.

“Sam’s project is about more than just the DL&W Terminal,” Ranalli said. “It can play a key role in connecting Canalside with the Cobblestone District and, by further extension, Buffalo Riverworks and Kelly Island and Ohio Street. As Canalside continues to build out, we will need different venues and destinations that attract people. The concert venue is a part of that equation.”