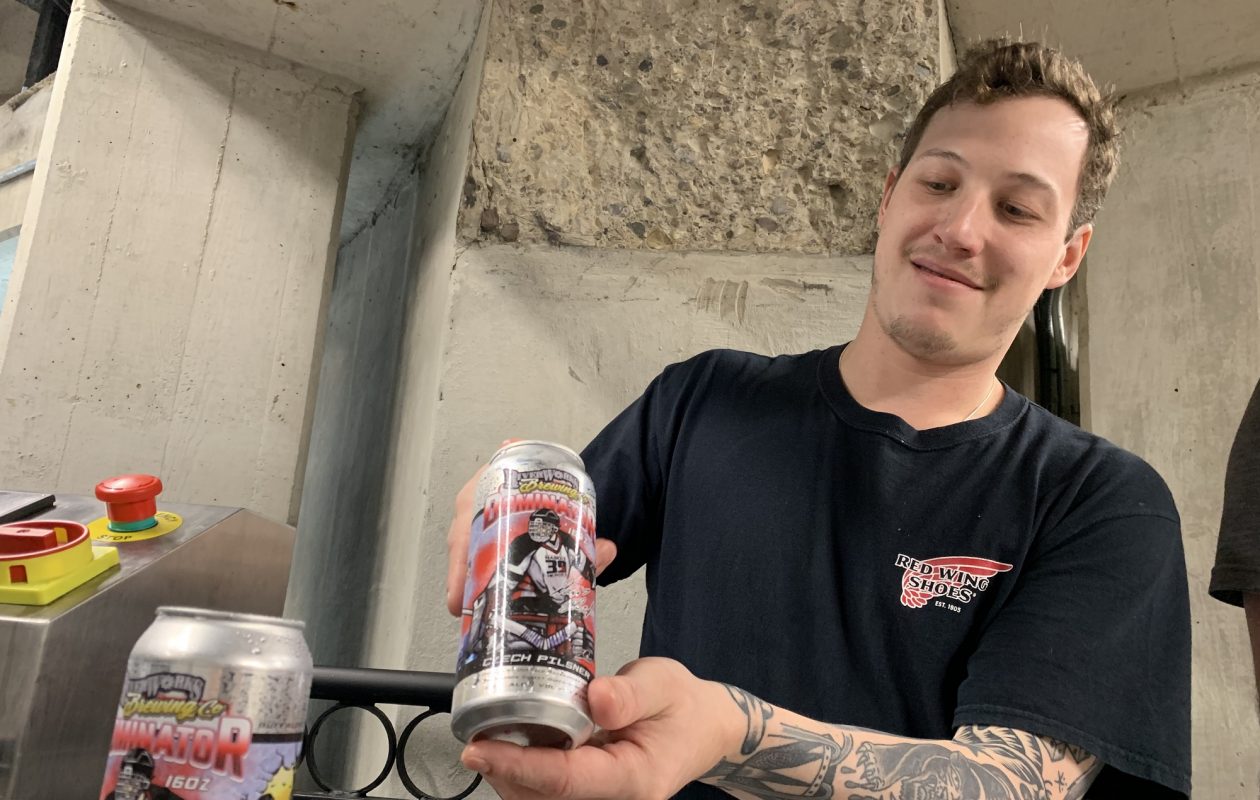 Originally Published in The Buffalo News
May 17, 2019

RiverWorks Brewing Company opened two years ago in an almost impenetrable set of former grain silos on the Buffalo waterfront, so it only makes sense its brewers turned to the Buffalo Sabres best all-time goal stopper to help with their first canned beer.

The brewers spent four hours Friday filling 7,000 cans of Dominator, a Czech Pilsner inspired by former Buffalo Sabre Dominik Hasek. A dollar for every can sold will go to Hasek’s Heroes, the foundation the Hall of Fame goaltender set up to help kids in the region learn to play hockey.

“It’s all part of our larger goal of rebuilding Buffalo one pint at a time,” said Chris Herr, head brewer with the family of city craft beer-makers that includes Pearl Street Grill and Brewery, Lafayette Brewing Company and RiverWorks.

Herr described the lager as a “a light, slightly aggressively hopped Pilsner,” made with malt and hops imported from the Czech Republic.

Hasek grew up in Pardubice, Czechoslovakia, about 55 miles east of Prague, and helped his country win a hockey gold medal in the 1998 Olympics.

He had 81 shutouts, 389 wins and a .922 save percentage in a 16-year NHL career with the Chicago Blackhawks (who picked him in the 10th round of the 1983 draft), Buffalo Sabres, Ottawa Senators and Detroit Red Wings. He played nine seasons with the Sabres, and won two Stanley Cups with the Wings. 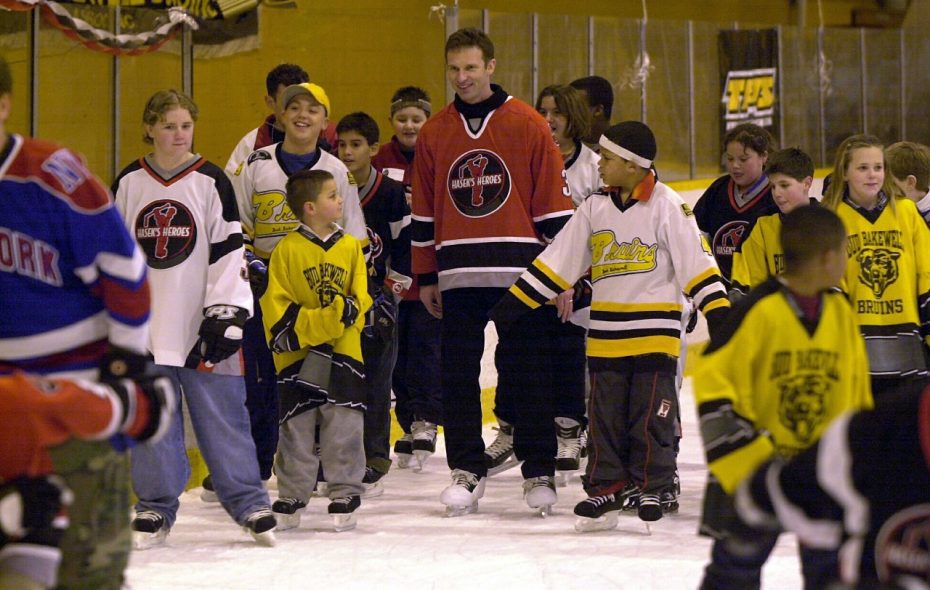 Sean Green, who ran Hasek Heroes for a decade before he became RiverWorks director of operations, reached out to the goaltender when the brewery decided to start a series of special beers to help raise money for regional foundations.

“We had this idea after the Sabres won 10 games in a row this season and we thought we were going to make a playoff run that we should brew a hockey beer,” Herr said. “We all know how that ended up, but it inspired us to go back to this idea of supporting foundations that follow our philosophy of helping rebuild the city.”

Pint-sized cans of Dominator will be sold for $7 over the bars at RiverWorks starting May 23, or in four-packs for $14.99. Herr and others look to present Hasek a check sometime this fall and brew a second fundraising beer by Christmas.

“We’re going to have more big releases with foundational basis,” Herr said, “and we’re already talking about the next star we want to bring in.”