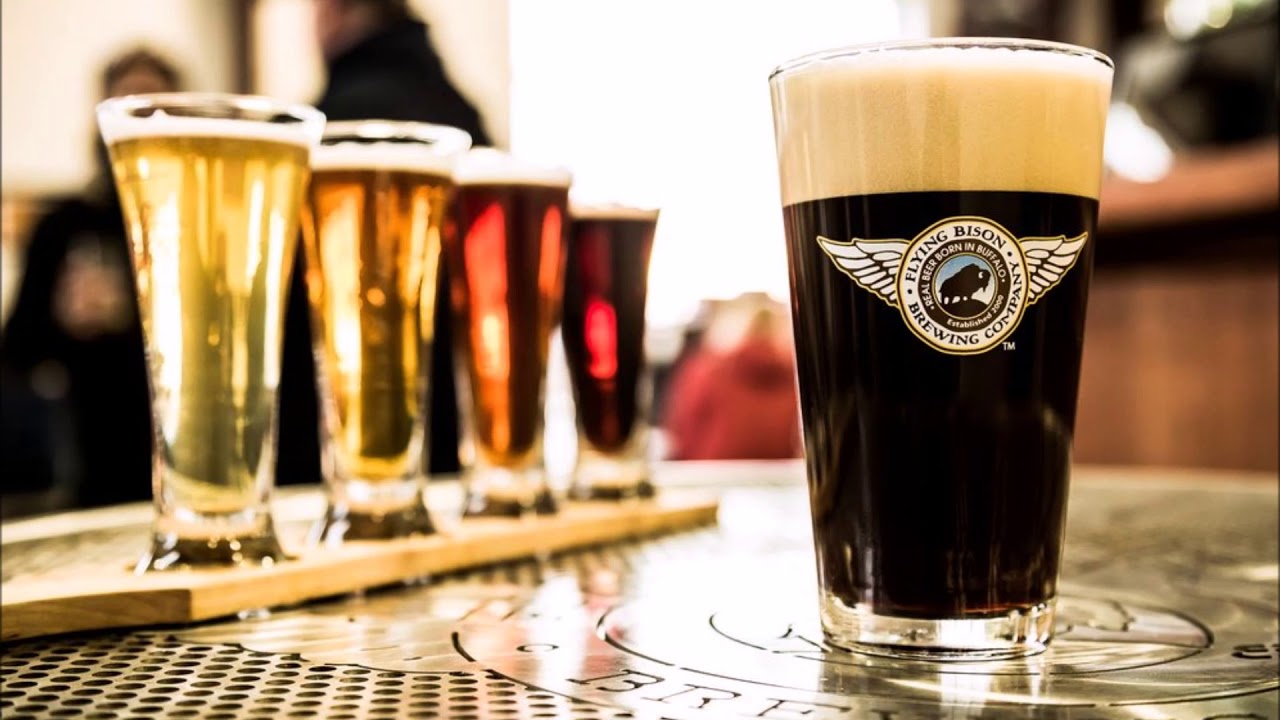 Eggsciting Events This Easter Weekend in the Historical Cobblestone District

Sabres fans, stop by (716) before the game, between 5-7 pm for a chance to win some great Sabres prizes courtesy of Flying Bison. Featured Beer: Buffalo Kolsch (716), Rusty Chain, 716 IPA and Larkin Lager.

Michael Ian Black won comedy fans with his roles in television shows like “The State” and movies like “Wet Hot American Summer,” and “Run Fatboy Run.” He was also a popular contributor to VH1’s “I Love the…” series, starred in the cult-classic show “Stella,” and has made guest appearances on NBC’s “Ed,” “Inside Amy Schumer,” and “Us & Them.” In the last few years, he’s become an author, penning three books for adults and four picture books for children!

Although the ensemble cast enjoys a seasoned pedigree that reads like a late-night summer festival all-star jam, this fledgling “nu-sion” project is growing a unique and rabid following by commanding audiences at theaters, clubs, and major national festivals since 2012.

The powerhouse quintet’s live show has been described by critics and fans alike as “lethal funk”, “explosive”, “jaw dropping”, and “musically mesmerizing”. For the uninitiated, the experience is typically shocking yet the focus is simple: just sit back and enjoy the ride!
​

LITZ
LITZ brings together a wide array of musical influences ranging from funk, jam, go-go, soul, electronica and just about everywhere inbetween to amalgamate a new sound for the ears of the world. Their sound strides to sonically transport it’s listeners to another planet free of the stress, struggles, and tribulations of modern day life through the use of funky horn riffs, wah-wah keys, pounding bass, driving/progressive rhythms and melt your face guitar.

A Tribute to Vulfpeck
Friday March 30
Buffalo Iron Works
9:00pm
$12 at the door

Performing VULFPECK hits and B Sides from “Mr. Finish Line”, “The Beautiful Game”, “Thrill of the Arts” and other classic Vulf albums!

Join us as some of Buffalo’s finest musicians perform all of your favorite Steely Dan hits!

“Steely Dan is an American rock band founded by core members Walter Becker (guitars, bass, backing vocals) and Donald Fagen (keyboards, lead vocals) in 1972. Blending elements of jazz, traditional pop, R&B, and sophisticated studio production with cryptic and ironic lyrics, the band enjoyed critical and commercial success starting from the early 1970s until breaking up in 1981. Throughout their career, the duo recorded with a revolving cast of session musicians, and in 1974 retired from live performances to become a studio-only band. Rolling Stone has called them “the perfect musical antiheroes for the Seventies”.”

“After the group disbanded in 1981, Becker and Fagen were less active throughout most of the next decade, though a cult following remained devoted to the group. Since reuniting in 1993 Steely Dan has released two albums of new material, the first of which, Two Against Nature, earned a Grammy Award for Album of the Year. They have sold more than 40 million albums worldwide and were inducted into the Rock and Roll Hall of Fame in March 2001. VH1 listed Steely Dan at #82 as one of the 100 greatest musical artists of all time. Becker died on September 3, 2017, leaving Fagen as the only official member.”