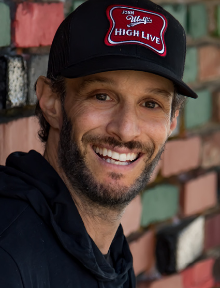 Josh Wolf is a comedian, actor and NY Times Bestselling author best known for his work as a round tableguest and writer on E!’s “Chelsea Lately” and “After Lately.” Throughout 2013-2014, Wolf hosted “SharkAfterDark” which aired during the ultra-popular “Shark Week” on The Discovery Channel. This led toJosh being cast as the host for Discovery’s late night series “Naked and Afraid.” In 2015, Wolf hostedCMT’s first original late night comedy series, “The Josh Wolf Show.” Most recently, in his time off fromtouring, Josh has been doing a weekly podcast with Freddie Prinz Jr. In addition to that, Josh hasexperienced exponential growth on hisYouTube pagedue largely in part to his 2019 stand up special,“Father of The Year”, bringing his subscriber count to 1 million and counting. Josh currently lives in LosAngeles with his wife and kids.

In addition to the two-item minimum, there will be an 18% administrative fee in the showroom.

With ever-changing guidelines and mandates, please refer to the local government agencies for the most up-to-date information. Customers are expected to take necessary precautions to protect themselves and others.

This show is 18+. Please note, there is a 2 item per person minimum in the showroom. Tickets will be available for pick up at the box office 45 minutes prior to the show.