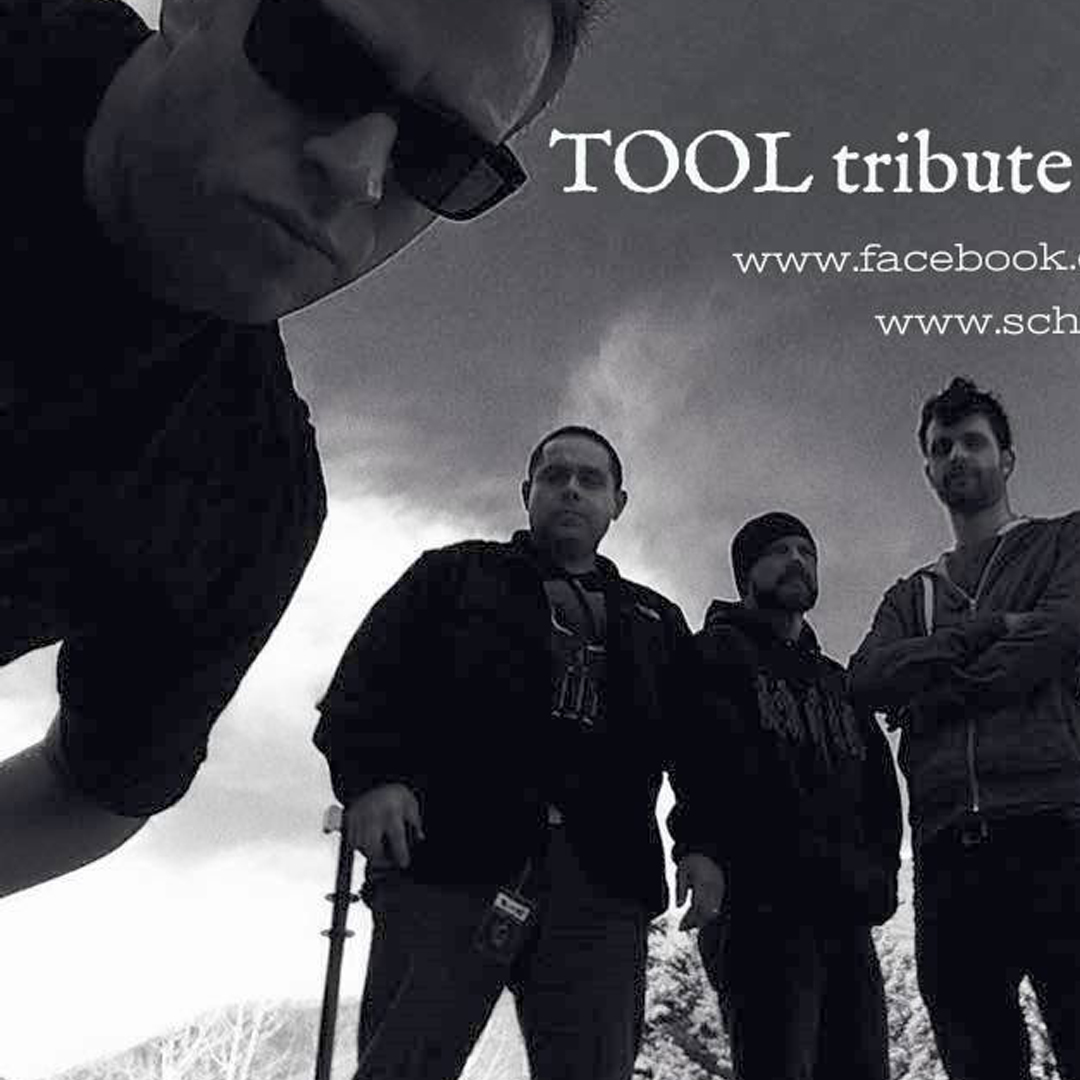 Tool Tribute Band SCHISM: Not many cover or tribute bands out there ever attempt to engage in the raw talent, mysticism, and magic that is TOOL. But if you talk to four brave souls from New York City (Angelo Rivera- Vocals; Sean Murray- Bass; Donald Pusateri- Drums; Keith Williams- Guitar). Their love and passion for this music led them to form SCHISM. New York City’s premier TOOL tribute band, the world’s first tribute to TOOL.

“We started this back in 2001, after seeing a TOOL show at Madison Square Garden. We simply loved the music and wanted to share it live with other TOOL minded fans” says SCHISM guitarist Keith Williams. “We’ve been a national touring act for over 10 years now. This isn’t something you tap your foot to, this is more of an interactive experience for the listener. These songs are compositional masterpieces, which will be studied for years to come”.

If you’ve never had the chance to see TOOL live, here’s your local opportunity.
We invite you of the collective unconscious to share with us the experience of TOOL.