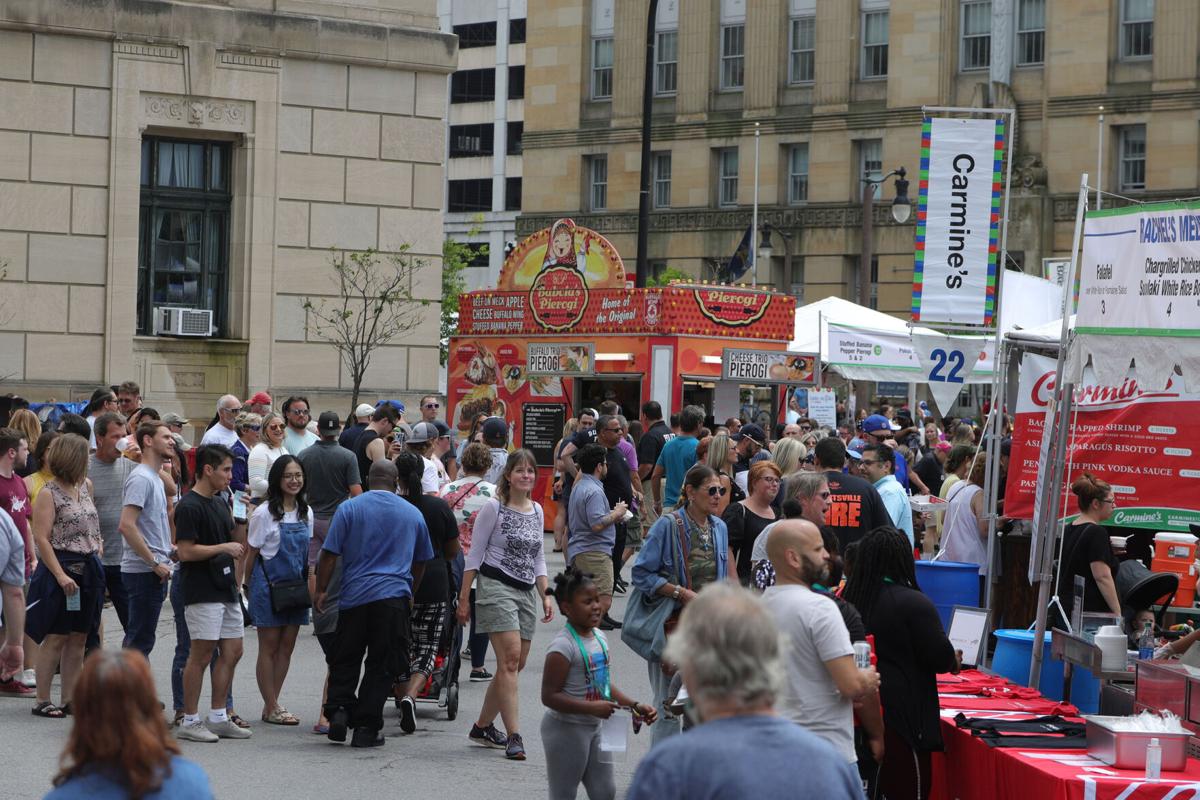 The Taste of Buffalo has yet to return to its pre-pandemic scale, when nearly 60 restaurants set up booths around City Hall. Last year’s return, following the cancellation of the 2020 festival, witnessed just 25 businesses participating.

This summer, the self-proclaimed largest two-day festival in the U.S. will take another leap toward normal.

Festival organizers announced Wednesday a lineup of 40 restaurants and five wineries for the Taste of Buffalo, which runs from 11 a.m. to 9 p.m. July 9 and from 11 a.m. to 7 p.m. July 10 around Niagara Square and north up Delaware Avenue to Chippewa Street. The guide to participating restaurants, food trucks and wineries – as well as their festival-specific menus – may be found at tasteofbuffalo.com. Admission is free, but $6 sheets containing 10 food tickets will be available at several festival stations, with cash and credit cards accepted. Individual food items range between two and 10 tickets (values of $1.20 to $6). Vendor booths do not accept payment other than the tickets.