Helium Comedy Club Is The Talk Of The Town

Jokes. Laughs. Food. What can be better than that?

Apparently, not too much.

Helium Comedy Club, located in the Historic Cobblestone District, in Downtown Buffalo, has solidified its place as the premium spot for comedic performances in Western New York.

Fortunately, Helium Comedy Club provides its audience with food options from Elements, an in-house contemporary lounge. to serve high-quality food and drinks fit for a night filled with endless laughing and unforgettable entertainment.

Elements’ menu can be seen here.

Part of Helium’s successful reign as the area’s premier comedic destination is its community involvement with local comedians. 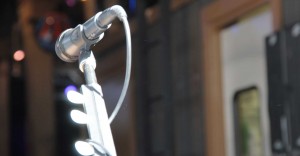 Open Mic Night, which is an opportunity for local comedians, both fresh and seasoned, are given the opportunity to show what they have-is held most Tuesday nights at 8pm.

For experienced comedians, competitions such as Buffalo’s Funniest Person Contest, which runs May 31- June 11, 2016 serves as the proper platform for their interests.The comedian crowned “Buffalo’s Funniest” will be awarded $1,200.

Make your way down and see what the talk is about.