Low Bridge Cafe at Canalside Explore & More Is Approachable For All 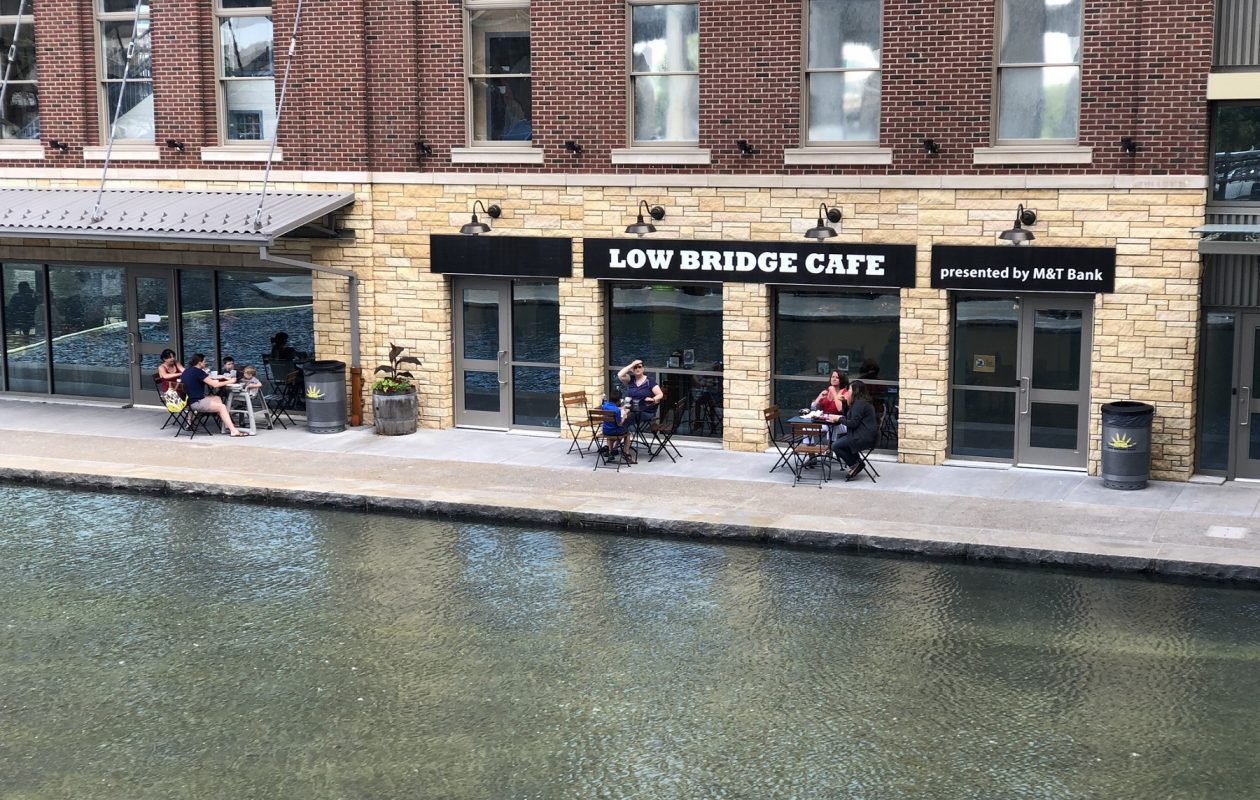 Originally Published in The Buffalo News
July 18, 2019
By Ben Tsujimoto

There’s no requirement to visit the new Explore & More Children’s Museum at Canalside before dining at the Low Bridge Cafe. That doesn’t stop many families who, after chasing kids around two floors of the new downtown destination, want to gather themselves, eat and relax before trekking home.

Low Bridge opened on weekends in April to match the museum’s limited hours, but adopted a regular schedule only when Explore & More reached full speed in late June. There are three different ways to access Low Bridge, two from inside the museum and one via the first-floor towpath visible from the waterfront side (rear) of Explore & More.

The cafe’s general goal is to appeal to everyone, explained Canalside food and beverage director Sarah Tedesco, who oversees day-to-day operations. There’s Wegmans sushi, beer from Big Ditch and Resurgence, and premade salads for adults, but Low Bridge does well to cater to its smaller visitors.

“We have a lot of grab-and-go items, kid-friendly items [such as Smucker’s] Uncrustables, applesauce, Worms and Dirt,” Tedesco explained, “things families can pick up when they kids see it and want it.”

Aside from the food, kids won’t be bored in Low Bridge, either, as toy rocking boats help get the remaining wiggles out, and the dining area has an abundance of windows – overlooking the Canals at Canalside (the Ice at Canalside during the winter) – from which to gaze.

Colorful chairs and spacious eating areas generally appeal to youngsters, too, and the Perry’s Birthday Room may be booked for celebrations.

As business picks up steam, there are plans to add beef on weck and chicken wings to the offerings.

In line with the local restaurants catering to special dietary needs, Low Bridge offers black bean burgers and veggie wraps for vegetarians, plus a cauliflower crust option for the pizza, gluten-free rolls for the burgers and gluten-free french fries for those with celiac or gluten sensitivity.

Tedesco encourages business folk to drop by for lunch or after work, too, considering Low Bridge’s stand-alone nature from the museum and abundance of outdoor, water-side seating. The beer offerings are Hayburner and Low Bridge by Big Ditch Brewing Co., plus Resurgence’s popular IPA. Wine is available, too, and Worms and Dirt knows no age limit.

The organizational hierarchy of Low Bridge can be confusing: the business is on Canalside property, so employees of Canalside – formally Be Our Guest Ltd. – work in concert with Explore & More staff. Canalside is a subsidiary of Rich Products, which purchased control from Spectrum in 2016.