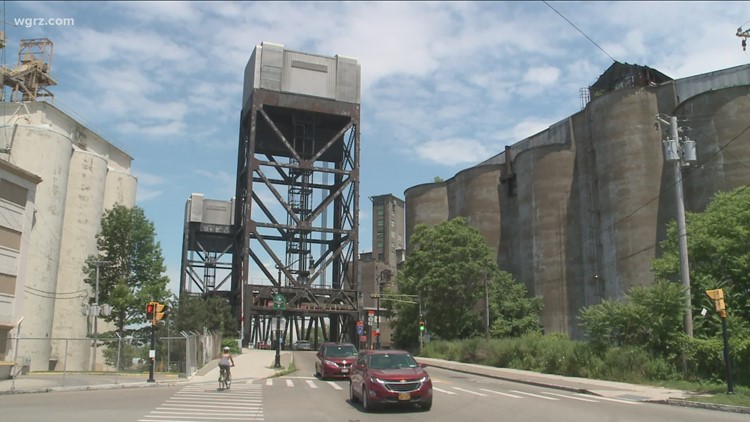 As part of a $19 million rehabilitation project, the Ohio Street Lift Bridge is scheduled to reopen to vehicular traffic on Wednesday, December 21, 2022. The bridge was closed for about 18 months while the improvements were underway. The project included structural steel replacement, painting, new road deck and sidewalks, and new traffic gates.

“I’m proud of my Administration’s role in spearheading this important $19 million bridge rehab project and thank the Department of Public Works for its dedication,” stated Mayor Byron W. Brown, noting the City’s allocation of $1 million in Capital Funds to the project. “As we continue to modernize and invest in Buffalo’s waterfront and the infrastructure that is critical to our economic prosperity and the safety of our residents and visitors, this important bridge project complements over $400 million in public-private investments along the Buffalo River in recent years, including a City allocation of $1.2 million to the award-winning $11.4 million Ohio Street renovation project. Improvements to the Ohio Street Lift Bridge continue the dramatic transformation that continues in this area that will benefit generations to come.”

Congressman Brian Higgins said, “The Ohio Street bridge provides an important connection between Canalside and the Outer Harbor, one that the public will be happy to see restored and reopened. This project, which is 80 percent federally funded, is the latest in the growing investments contributing to a thriving Buffalo River corridor. We commend Mayor Brown and his team for their leadership on this project and look forward to continued collaboration on projects investing in Buffalo’s waterfront, infrastructure and neighborhoods.”

“In recent years, we’ve secured unprecedented federal, state, and city investment along the Ohio Street Corridor, creating a link between Canalside, the Cobblestone district, and the Outer Harbor, and strengthening the infrastructure that enhances these revitalized spaces,” said Senator Tim Kennedy, Chair of the New York State Senate Transportation Committee. “With the reopening of the Ohio Street bridge, we’re once again seeing the connectivity of the corridor enhanced, and streamlining accessibility for drivers, pedestrians, and cyclists alike.”