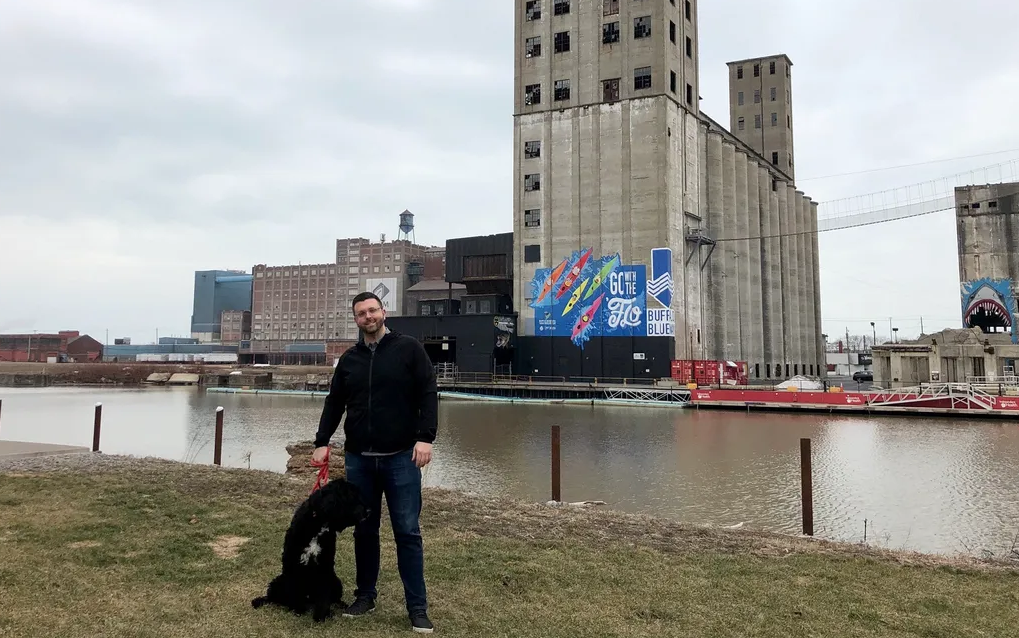 No ‘Aw, Shucks’ Here: Shuck Shack to Open on Ohio Street by July 4

Originally Published in The Buffalo News
June 3. 2020
By Ben Tsujimoto

Reopening rules for Buffalo’s restaurants and bars haven’t been finalized, but cities across the country have leaned toward outdoor dining as a safer means of continuing business during the Covid-19 pandemic.

The outdoor emphasis of Michael Tobin’s new project, Shuck Shack, gave him confidence to proceed with his new venture amid so much uncertainty.

“We don’t want Covid to not let this happen,” said Tobin, who also runs two locations of Fresh Catch Poke, and the Galley Lounge in 500 Pearl.

The premise of Shuck Shack is simple: Fresh, sustainably sourced seafood, with an emphasis on oysters, mussels and clams, will be served from a trailer in the parking lot of 301 Ohio St. It’s a multi-use complex owned by Ellicott Development on the shore of the Buffalo River, across from Buffalo RiverWorks and next to Tewksbury Lodge and River Fest Park.

Shuck Shack is expected to open either July 3 or 4, leaving two to three months for the seasonal, fast-casual business to get off the ground. If this soft opening goes as planned, Tobin said he hopes to transition the outdoor dining space from the parking lot to a dirt area to the west of 301 Ohio St. in spring 2021.

If eyebrows raise at “seafood in a parking lot,” Tobin has laid out welcoming aesthetics, such as a roped-off enclosure with planters, fire pits for hanging out and roasting s’mores, and lawn games like corn hole to complement tables six feet apart.

Tobin tentatively expects seating to be limited to around 30 initially to meet likely reopening restrictions, but he’ll also add a grab-and-go area for customers interested in takeout.

The menu will extend beyond seafood to grass-fed beef burgers and hot dogs from farm-to-table butchery the Piggery in Ithaca, but seafood is truly the highlight.

Through his efforts at Fresh Catch (the first poke-focused restaurant in the area) over the last two years, Tobin has cultivated relationships with small seafood suppliers, many off the coast of Massachusetts and some in Maine. He’s confident he can make quality seafood affordable, even with boutique oysters and wild clams on the menu.

Tobin estimated that a dozen oysters will cost between $25 and $28, with three to six varieties available at a time. He wants his oyster shuckers, who will be in view of the public at the rear of the trailer, to interact with customers and explain what they’re doing, as a way to further the farm-to-table element.

A weekly ceviche, freshly grilled fish and shrimp cocktail are other fresh choices, with a slew of fried offerings ranging from a fried cod basket to fried shrimp and a calamari roll.

Blackened shrimp cobb salad and blackened salmon salad are lighter options. Drinks include canned and draft craft beer, plus wine in cans and bottles, to give 301 Ohio St. a beer-garden feel.