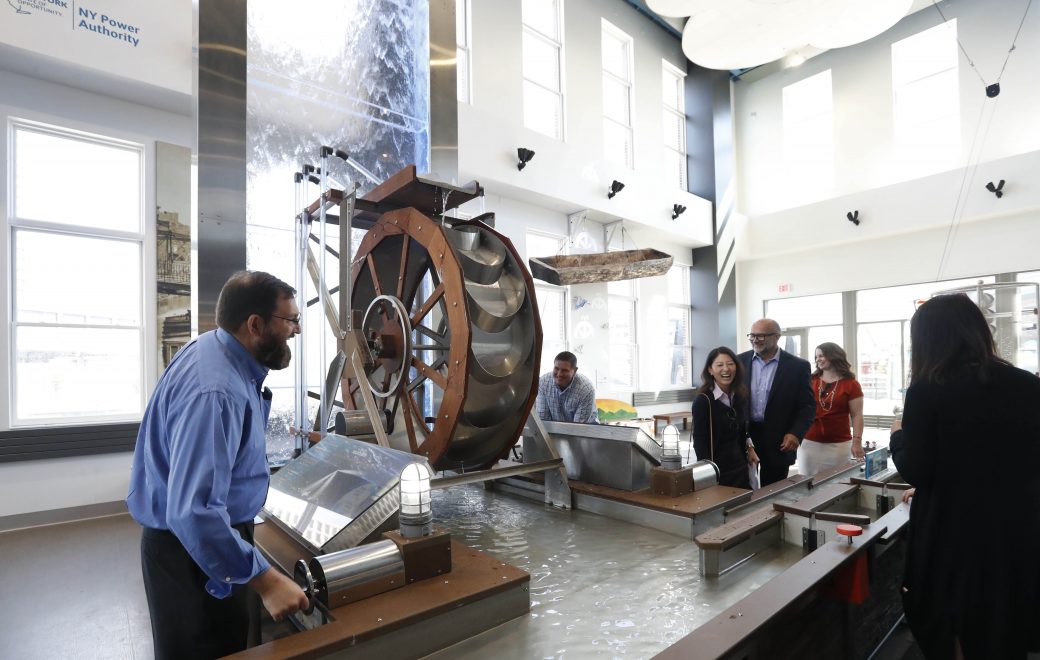 On Whirlwind Tour of ‘A New Buffalo,’ Consultants See Reasons for Optimism

Originally Published in The Buffalo News
September 24, 2019
By Caitlin Dewey

Kathy Mussio visited Buffalo once 15 years ago. Her impression then, she said, was of a city “that had kind of died. No offense. You know.”

But just before 9 a.m. on Sept. 18, Mussio emerged from the Hotel Henry, coffee cup in hand, and boarded the black luxury minibus that would ferry her and five other national site-selection consultants to sites proving that Buffalo had, in fact, transcended its prior reputation.

The consultants, most tasked with advising big-name corporations on where to best locate new plants and branches, had flown in the night prior from New York, Chicago, Nashville and Kalamazoo, Mich. They came at the invitation of Invest Buffalo Niagara, the economic development group that endeavors to lure new businesses and jobs to the region. It was IBN that booked the minibus, bought the coffee, and promised the out-of-towners a one-day, whirlwind tour of Buffalo’s “economic resurgence.”

Such familiarization tours – or “fam tours,” as they’re known to site selectors – are common practice among agencies like IBN, which use them to plant valuable seeds in the minds of influential consultants. In the past three years, said Matt Hubacher, research manager at IBN, site selectors orchestrated the opening of the new Bridgestone APM plant in Sanborn, where the company now employs 60 people, as well as the Sodexo consolidation near the airport and the McKesson expansion in Cheektowaga.

But Buffalo had not convened such a tour since 2014, and it occurred to business leaders earlier this year that – with Seneca One and Start-Up Week and the Northland Workforce Training Center – now might make a good time to change some hearts and minds again.

“I never would have considered Buffalo an option,” said Mussio, a managing partner at Atlas Insight in New York.

“There’s a Buffalo they think they know,” Hubacher said. “We’re going to introduce them to a new Buffalo.”

At 8:45 a.m., the minibus pulled away from Hotel Henry en route to the state-funded startup incubator 43North. “Just to orient everyone, we’re mostly staying in the Central Business District today,” Hubacher said, before he and IBN’s Jenna Kavanaugh launched into pitches for the Medical Campus (“an area that was nothing 20 years ago”), the East Side (“a historically underinvested area seeing a huge rebirth”) and the Elmwood Village (“where all the cool kids live” – “lots of farmers markets.”) One site selector asked, as the bus passed Delaware Park, where the University at Buffalo was located. “The UB medical school just moved downtown,” Hubacher said. “The medical campus is booming … we’re running out of space for it.”

Alas, when the consultants arrived at 43North, its wheely desks sat empty. Alex Gress, the program’s president, was forced to explain that most startups supported by the program don’t come in until 10 or 11. (Also, that most 43North jobs lie with a single company on a separate floor: namely, ACV Auctions.) This did not faze the site-selectors, who wanted to know why startups come here, period. “Technically, they’re here for a year,” said Gress, referring to the terms of the pitch competition. “But the program and how we think about it, the recruitment, the attraction … these are companies that are looking at the value proposition of operating in a tier-two city.”

The site selectors talk a lot about tier-two cities: an amorphous term for places large enough to, say, bid on Amazon’s HQ2, but not quite big or wealthy enough to land it. In site selection terms, these cities – think Rochester, Cleveland, Columbus, Pittsburgh and Richmond – also comprise Buffalo’s toughest competition. Major corporations like tier-two cities in part because the land, labor and utilities are often cheaper. But as the consultants explain it, companies consider hundreds of shifting, individualized factors, from time zone and tax regime to state incentives, universities and infrastructure.

Last year, Rochester, Albany and Syracuse all landed on Site Selection magazine’s list of top Northeast cities ranked by corporate investment projects. Buffalo didn’t place at all. Among Northeast second-tier cities, Pittsburgh logged the most projects at 56 – including expansions by Facebook, Philips and Apple.

Back in Buffalo, the minibus pulled up outside Seneca One tower and deposited the consultants on the sidewalk near Seneca and Main. Their prize, for picking past the power-washers, excavators and wheelbarrows at its base, was a panoramic view of Lake Erie from the 28th floor of Buffalo’s tallest building, now under redevelopment. One site selector, upon seeing the view, declared Buffalo “a hidden gem.” The consultants asked twice about rental rates, but developer Doug Jemal, citing the project’s early stage, declined to tell them.

“Are people being displaced?” one had asked on the bus, in a conversation about rising downtown rents.

The site selectors shuffled on to Canalside, where there was some alarm about the cobblestones and two consultants’ stilettos. Hubacher talked up the “retail and shopping on the first floor” of Harborcenter, though most shops in the building moved out months ago.

At Explore & More Ralph C. Wilson Jr. Children’s Museum, the consultants listened to a representative from the New York Power Authority extol its economic incentive programs while a mock Niagara Falls burbled in the background behind him. Some site selectors wandered off to play with the model canal. “Hold on, you’ve lost them,” a colleague said.

After a brief bus ride, the five consultants – down one now, as someone peeled off to investigate specific sites for a client – disembarked for lunch at the Northland Workforce Training Center, the East Side hallmark of the Buffalo Billion project.

By that point in the day, around 1 p.m., some themes had begun to emerge: the consultants chatted among themselves about state energy incentives, the skilled labor force and the vision behind projects like Northland and Seneca One. Then there’s this matter of community, which arose more often, on a keyword basis, than taxes, wages or the Buffalo Billion.

“I think the community and the folks that live here are wonderful,” Jemal said.

“I forgot what it was like to be part of a community,” said M&T Bank’s Mike Whistler.

“You touched upon a lot of the good things that are going on in Buffalo, but that sense of community and family is really strong,” said GM’s Ram Ramanujam. (“It’s like you guys all came scripted,” one site selector said.)

Once the trays of catered sandwiches were consumed, the two consultants in stilettos changed into foam flip-flops for a tour. The group meandered through labs outfitted with milling machines and welding stations and passed plywood booths where students glanced up from tangles of wires and pliers and voltage meters. Some rooms in the new space still brimmed with empty boxes in need of being broken down. Some students streamed video games on their phones, oblivious to the investment power walking by them.

Earlier in the day, one site selector asked how many college graduates stay in Buffalo. The answer is low, at 45%. “Not as many as we’d like,” Hubacher said.

But if the rosy glasses sometimes appeared over-tinted, the site selectors said they expected as much. Every city puts on a good face for fam tours, said Dan Breen, over beers at the Chicago Street Resurgence Brewery. (“A new brewery location … in [the] up-and-coming First Ward,” according to Invest Buffalo.) The site selectors did not, notably, linger on the East Side, even as boosters touted its “comeback;” and the tour’s leaders tiptoed around issues such as persistent, long-term population decline and racial segregation.

“I think it’s important to address the challenges as well as the positives,” Breen said. “But mostly, it’s very positive.”

“If I lived here, I would be optimistic,” he added.

There was little time for further discussion, however – plates of wings and IBN business development staff both arrived at 3:30. The site selectors had an hour to drink free beers and make hushed, hurried work calls before the bus returned to whisk them off to Hotel Henry.

Dinner with IBN board members was scheduled for Tempo. A panel discussion on the site selectors’ takeaways also awaited the next morning. “This,” Mussio said, summing hers up, “is really something.”