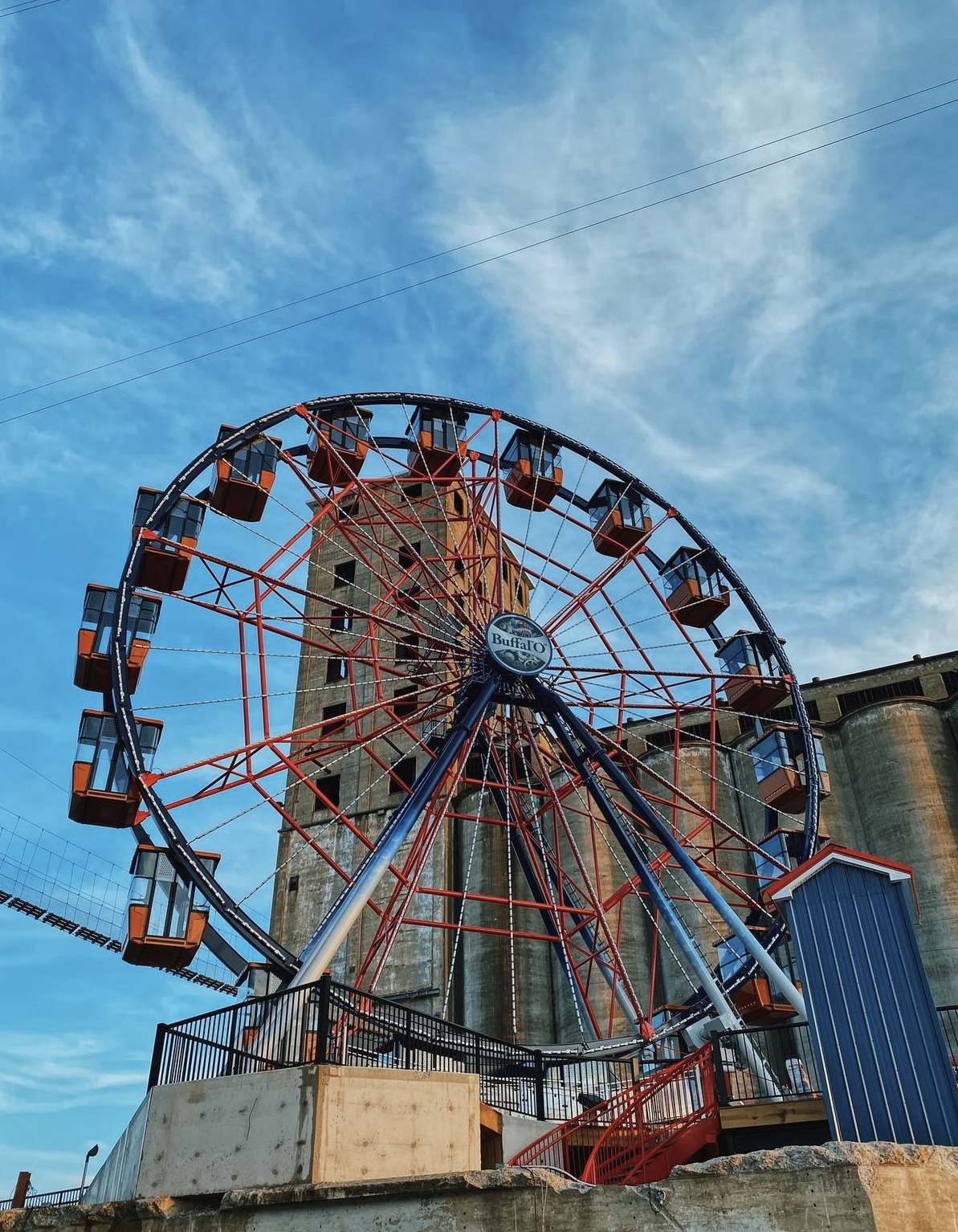 Riverworks Buffal”O” Ferris wheel  is expected to open to the general public during Memorial Day weekend, according to RiverWorks Manager Bill Casale.

The state conducted its final inspection and approved operation of the wheel on Thursday. It has been a long time coming for the ride, which came a long way to Buffalo from where it was manufactured in Italy.

“We ordered this wheel about a month before COVID started and we had to work our way through this so obviously our cost overruns were tremendous,” Casale said. Work to erect the wheel began late last summer. Windows that encase the cars are removable so that it can be both a warm and cold weather attraction. 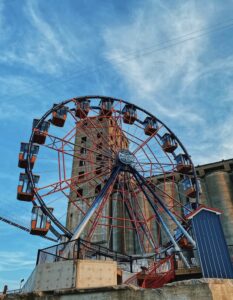 RiverWorks has traditionally catered to adults and young adults, but it’s hoped that the addition of this and other attractions will begin attracting more families

“We did feel there was a need to cater to the families when they do come down, and you can now spend several hours here with everything we have to do,” said Casale, noting the previous addition of climbing walls and zip lines at the RiverWorks site.

However, there is even more new at RiverWorks this season. Throughout the winter, construction crews were busy installing an elevated deck which surrounds not only the ferris wheel, but also extends for several hundred feet along the Buffalo River, where it is anchored to the landmark former industrial silos now painted like Labatts cans and which house the brewing operation for RiverWorks.

“So now we have hundreds and hundreds of feet of a second level waterfront patio overlooking the river,” said Casale.

“We’ve interlocked the wood with the concrete and this new railing system so it’s really tremendous, and I think once people see it they’re going to be really impressed.”