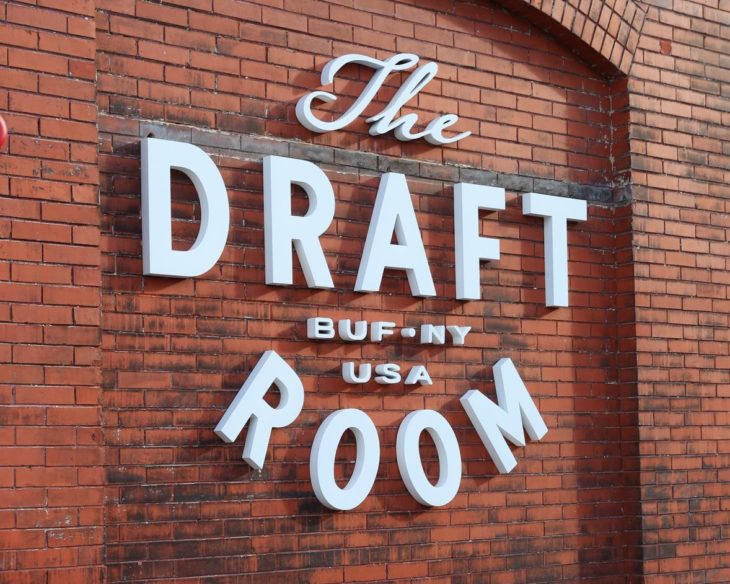 Select Pour Ventures will relaunch The Draft Room and Room 120

Thanks to a newly formed venture backed by several local business and community leaders, The Draft Room and Room 120 will be reopening in coming months.

An agreement has been reached between Pegula Sports & Entertainment (PSE) and Select Pour Ventures LLC (SPV), which will see SPV managing the establishments.

The Draft Room is the operation’s restaurant and bar entity, while Room 120 is the private club (120 members-only speakeasy).

“We’ve identified SPV as the ideal partner to take operation of The Draft Room and Room 120,” said PSE Executive Vice President Ron Raccuia. “SPV shares our vision to make these properties into attractions that will enhance the fan experience and further establish the Canalside and Cobblestone districts as a year-round sports and entertainment destination.”

Once open, The Draft Room establishment will be familiar to those who frequented the previous iteration, as it will retain its existing layout and aesthetics. As for the menu, customers will be treated to classic American fare.

“Our team is committed to providing the WNY Community a place they can truly call their own,” said Joe Mallare, Managing Partner of Select Pour Ventures LLC.  “We are so proud to be part of the continued revitalization of Buffalo.   Kim, Terry, and the entire team at PSE truly created a masterpiece with their design and attention to detail in both The Draft Room and Room 120.  It’s our job to build on their success by creating a great atmosphere, providing exemplary service and building a menu that customers will enjoy.”

The management/ownership team includes Marc Honan, a former NFL & PSE Executive, and general manager Jason Sunshine who worked previously in Las Vegas, as well as locally with the Santora’s Restaurant Group. Business leaders Angela Marcolini and Phil Rapini round out the team.

As for the brewery at the site, a representative from Labatt (the former operator) said that they are “still evaluating options for the Labatt Brew House. No decisions have been made yet.”

With the new players in place, it is expected that the establishment will, once again, become a dynamic draw for Canalside and The Cobblestone District.

The Draft Room and Room 120 will be reopening at 79 Perry in early fall.