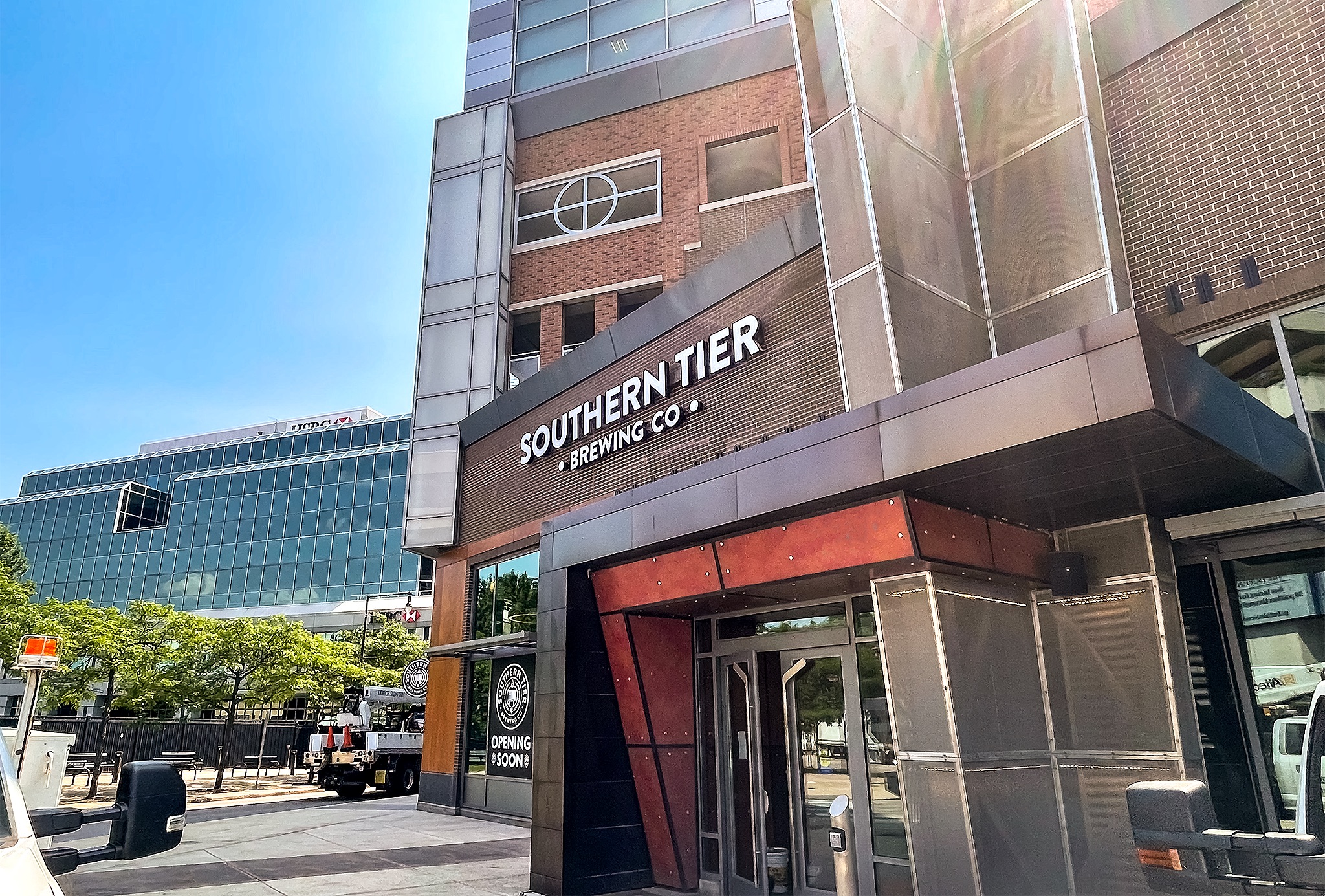 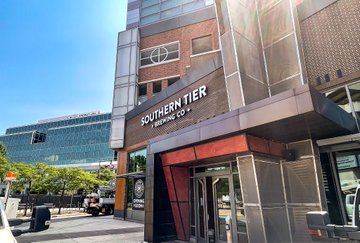 Yesterday, the rumors starting flying around that Southern Tier Brewing Company was eyeing a new location at Harborcenter. Today, those rumors are confirmed to be true. The brewery is officially taking over (716) Food and Sport, to turn it into a taproom serving up craft beers, ciders, seltzers and spirits. Southern Tier Brewing feels that the time is right to add to the downtown revitalization and can help to build significant momentum moving forward. The Pegulas share that belief, and are happy to be handing the space over to the celebrated WNY brewery.

“Terry and I built LECOM Harborcenter to contribute to the rebirth of Canalside and our waterfront.” said PSE President & CEO Kim Pegula. “Part of our plan has always been to find local partners to run these businesses when the time was right. It makes sense now to have our longtime partners at Southern Tier take over ownership and rebrand (716) Food and Sport. We are confident that Phin and Sara DeMink, and their team, will enhance the great experience our fans have come to expect by doing what they do best, serving them their favorite locally brewed craft beers along with a new menu of hand-crafted, beer-inspired food items and appetizers.” Southern Tier first opened just outside of Lakewood, New York in 2002, and has been growing steadily ever since. In 2017, the brewery opened its first satellite taproom in Pittsburgh, PA. Its second satellite taproom opened in Cleveland, OH in 2018. Now, it’s Buffalo’s turn.

“Since we opened our doors, Buffalo has been one of our top markets,” said Phin DeMink, founder of Southern Tier Brewing Company. “We’ve always viewed Buffalo as home and always wanted a physical presence in the Buffalo market. We were looking for the right spot to share our great brands with our many friends and fans who have been such loyal supporters of Southern Tier over the years. We believe we finally found the perfect location.”

Southern Tier plans on carrying on the onsite brewing program that will continue to elevate the Canalside experience. The taproom will feature scratch beers, a beer-inspired food menu, a retail area for merchandise, and “to go” sales of beer and spirits.

Paul Vukelic, President and CEO of Try-It Distributing, agrees that this taproom will be a great addition to the downtown waterfront area. “As a proud partner and local distributor for Southern Tier Brewing, Try-It Distributing Company, Inc. welcomes and supports their expansion into Buffalo. As western New York’s premier and #1 selling craft brewery, consumers can now enjoy Southern Tier products in the heart of downtown Buffalo.”

“Southern Tier is excited to deepen the partnership with Terry and Kim and build on the (716) legacy. Buffalonians can count on a great Craft experience, from our locally inspired food menu to the beer we’ll be pouring…all served with Southern Tier hospitality,” commented DeMink.

For updates and to keep up with progress follow @STBCbeer_buf on Instagram. The project is set to open in late summer, 2021.