Twenty One Pilots Thrills the Faithful at Key Bank Center 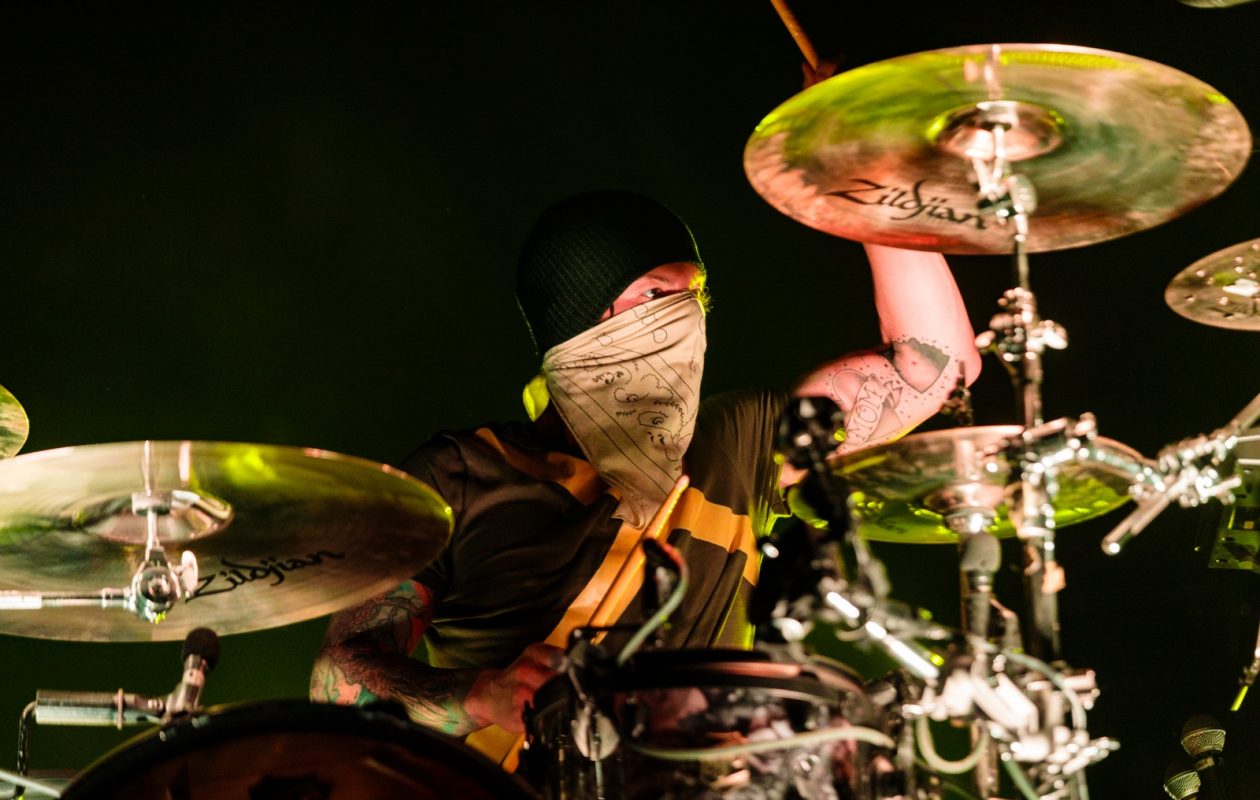 Originally Published in The Buffalo News
June 2, 2009
By Jeff Miers

You know you’re at a Twenty One Pilots show when the line for band name-emblazoned merchandise is longer than the beer line.

That was the case on Saturday, June 1, as TOP brought its “Bandito Tour” to an uber-packed (mostly with teenaged fans) KeyBank Center, reaffirming the near-obsessive love affair between the beloved emo-indie duo and a fan base that got on board with TOP early, making its June 2016 Canalside appearance one of the biggest shows that venue had housed up to that point.

TOP fans don’t mess around. They show up dressed like band members Josh Dun and Tyler Joseph, replete with camo-wear, yellow duct tape X’s and stripes, face masks and the odd red knit beanie, and they go hard, from the moment the lights go down until the final angsty scream of the evening.

Most significantly, they seem to inherently embrace TOP’s treatises on anxiety, depression and cultural malaise as their own manifesto, as nebulous as the credo might be. A “we’re all in this together” type of vibe pervaded the KeyBank Center gig, though exactly what it is we’re all sharing was never made particularly clear.

The hardcore, devout TOP army got its money’s worth during a 23-song set replete with burning cars, catwalks, satellite stages and billowing smoke machines.

If anyone in the crowd was at all bothered by the fact that the duo – Dun plays drums in the maniacally  muscular style of Blink 182’s Travis Barker, while Joseph sings, plays bass, piano and ukulele – played its entire set along with pre-recorded tracks, with Joseph often seeming to be getting more than a little “help” in the vocal department, well, they weren’t making their concern audible.

Much of the music comes across like a 2 a.m. rage-tweet, the rest of it a maudlin social media post hovering dangerously close to self-pity, but rescued by a defiant insistence on over-sharing. Latest album “Trench” is overflowing with such angst-ridden narcissism, and Dun & Joseph played all 14 of its songs at KeyBank Center, opening with the distorted bass-driven garage-emo of “Jumpsuit,” stopping to comment on our media-stoked obsession with fame (“Neon Gravestones”), marrying twee ukulele-driven indie-folk to hyper-stressed EDM (“The Hype”) and indulging in straight-up arena-indie pop fist-pumpers (“Leave the City,” “Morph”).

If you played a contemporary Spotify playlist on shuffle, and then attempted a mash-up of everything you heard, you’d come close to what TOP is up to, musically speaking. There were elements of alternative, indie, hip hop, pop, EDM and dubstep intermingled throughout Saturday’s show. All of these disparate elements brought continuity thanks to the intensity of Dun’s drumming and Joseph’s ability to do whatever the tune demands, whether that means belting out throaty emo-isms or indulging in angsty white guy rap.

For the serious TOP fan – and when I looked around KeyBank Center on Saturday, I didn’t see anyone who didn’t appear to be one – the show must’ve felt like a godsend. Tight, dramatically paced, dynamic, bolstered by an often stunning blend of lighting, video and pyro, stuffed with older favorites and the entirety of the new album, the “Bandito Tour” delivered the goods. A stellar opening set from Brooklyn indie-electro outfit Bear Hands served to further sweeten the deal.