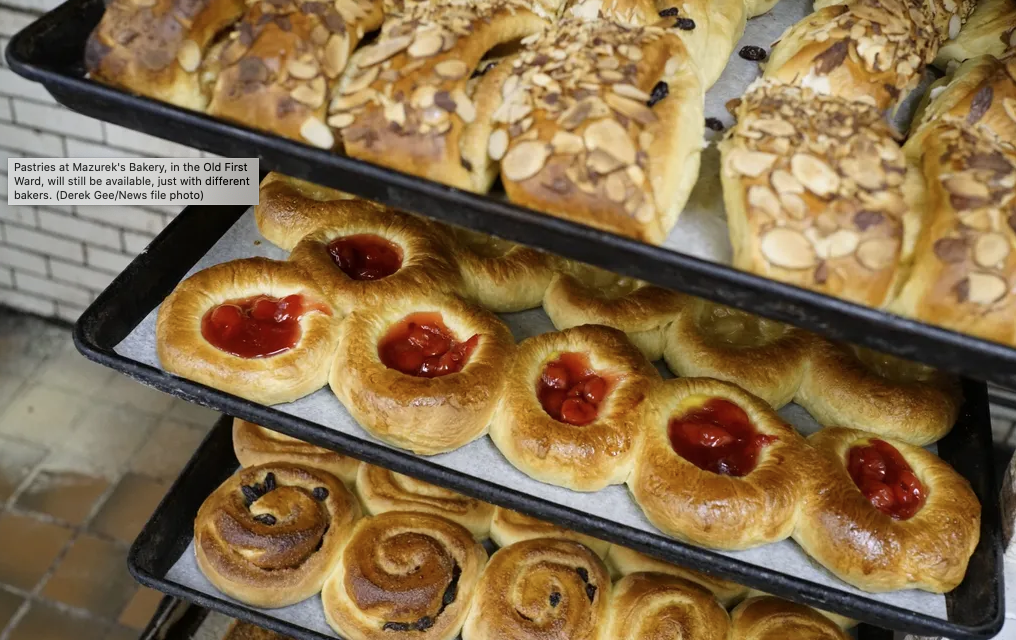 Originally Published in The Buffalo News
June 9, 2020
By Ben Tsujimoto

Just outside downtown Buffalo, two institutions have stood the test of time, proving valuable and consistent in serving their communities. Now, the two have become one.

Through the efforts of Cindy Lee, CEO, and Sharon Cavanaugh, chief development officer, OLV officially closed on the deal June 2 and opened the bakery, at 543 South Park Ave., for business the following day. To commemorate their first week, they offered a cleverly named “Father Baker’s Dozen” discount on National Doughnut Day, June 5.

OLV Human Services purchased the Polish bakery not only to keep the longstanding business alive, but to serve as an outlet for OLV’s vocational training program, which works with those ages 14 to 21 , and adults displaced from jobs, to develop career-oriented skills. The new subsidiary of OLV will be a for-profit enterprise, however, the first time the organization has moved outside the not-for-profit scope.

“This is an opportunity for us to get into a venture that would allow (our youth) to develop those skills in a meaningful way,” Lee said. “We can maintain Mazurek’s legacy in concert with ours.”

Cavanaugh, who will be more hands-on with the business than Lee, echoed the emphasis on work-based learning. “Research shows that when students are exposed to (these) opportunities, they will be more successful in the future.”

OLV’s staff and students have been involved in culinary operations before buying Mazurek’s. There’s a catering business and cafeteria in OLV’s agency.

Reynolds and Smith, who bought the bakery from Carol and Jack Mazurek in 2013, will stick around to facilitate the transition to new ownership – similar to what the Mazureks did for them. The prized Mazurek’s bread recipes – including the New York-style rye – were part of the deal, as well as the 20-foot by 30-foot brick oven.

The focus on bread and desserts will remain the same, although Cavanaugh didn’t rule out adding some of their own touches, like cookie decorating and doughnut kits for take-home assembly. The hours, 8 a.m. to 5 p.m. Wednesday through Friday and 8 a.m. to 3 p.m. Saturday, won’t change, either.

“We plan to keep the integrity of the bakery,” Cavanaugh said. “What they’ve been doing for so long is going to continue.”

The now-former owners of Mazurek’s will focus their efforts on their 7Yum6 Food Truck, which will craft fresh meals at farmers markets, using the produce, meats and breads around them. Smith and Reynolds plan to use the mobile food venture as another work-based learning opportunity for OLV’s students, too.