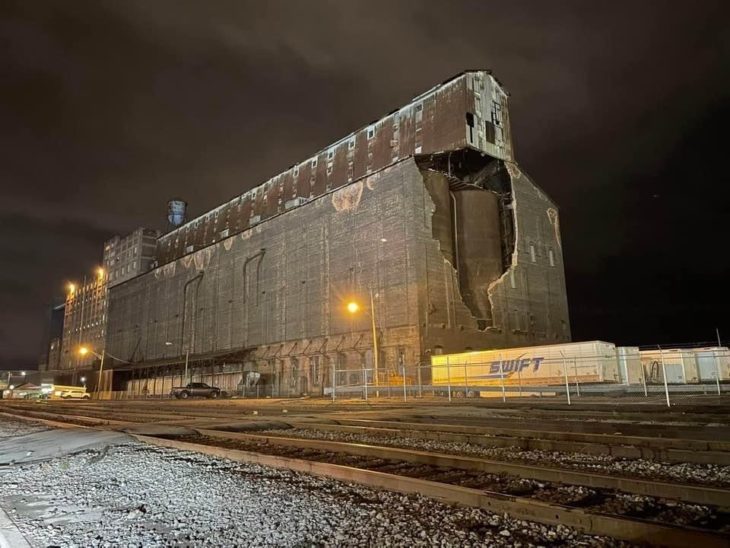 The Great Northern Elevator has lost a good portion of its north façade.  Today’s winds and years of neglect have combined to inflict significant damage to the historic structure located at 250 Ganson Street. Built in 1897, the Great Northern was designed by engineer Max Toltz and is the oldest elevator in Buffalo (see history here).  The collapse has exposed the basic design of the structure- a brick box that encloses steel bins.  It was the largest in the world when it was built.

Vacant since 1980, the fate of the structure has been in doubt for decades.  In 1990, Pillsbury Co. was blocked in its attempt to tear it down when the complex was designated a local landmark. 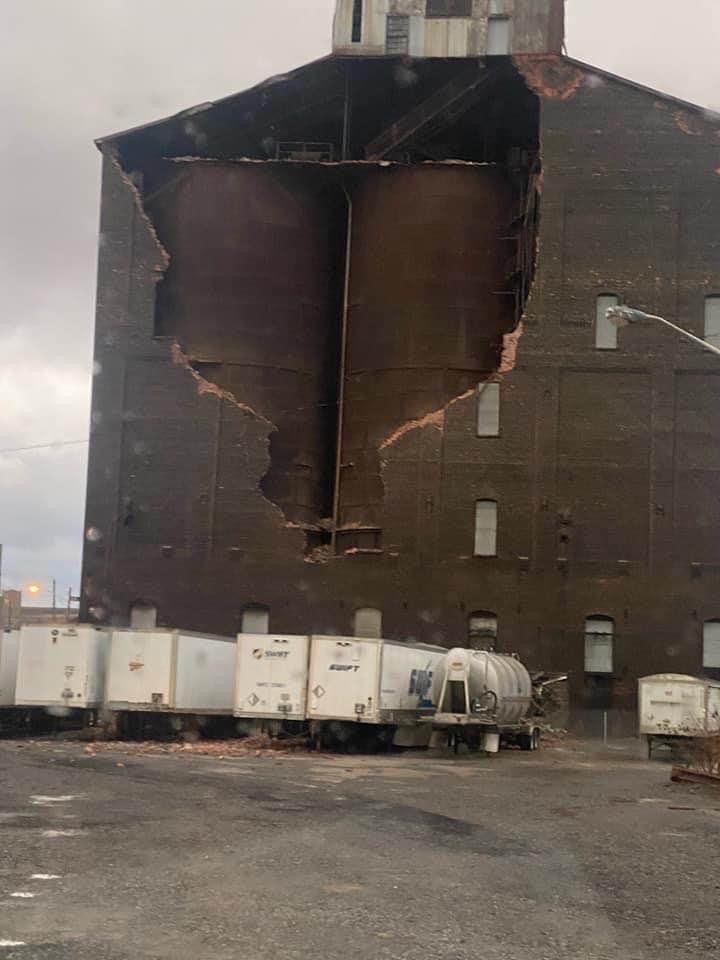 The elevator was purchased by ADM in 1993.  The Preservation Board approved its demolition in 1996 if ADM prepared a video documenting the structure, created scale models of the complex, and erected a monument at the site incorporating one of the silos.  ADM balked at the stipulations, appealed to the City Council, and the Council denied the demolition request altogether.

ADM tried once again to demolish the structure in 2003 in order to build a new elevator on the site.  The Preservation Board approved the demolition but sought a bond equal to 20 percent of the cost of the new structure to hold ADM to its commitment to constructing a replacement.  ADM never moved forward.  The structure was placed on the National Register in 2003.